The Rooted Resources Landback panel with Tiokasin Ghosthorse (Cheyenne River Lakota Nation of South Dakota) and Kapi`olani A. Laronal (Haida [Eagle Clan, Sgwaa Gitanee, People of the Tall Grass], Tsimshian, Native Hawaiian, and Filipino) was a nuanced conversation that often circled back to the inadequacy of the English language when it comes to talking about land. It’s a difficult conversation to summarize but here are a few key points that rose to the surface:

Tiokasin begins by saying that land is who we are, who we used to be, and who we will be. Land is “source”, not “resource”. There is no word for “ownership” in his native Lakota language. Even the term “stewardship” is insufficient. There is also no word for “domination” in Lakota. “Relationship” is understood not just as relations between humans, but includes relations with trees, the moon, animals, and the land.

Kapi`olani says that in her cultural tradition, our ancestors’ bones belong to the land where they came from. How we care for the land is how we care for each other. It’s a different conception of land – one without boundaries or property lines.

Tiokasin says that in English language, terms like “ownership” cause many problems. The language itself is a system of domination.

Kapi`olani says that the concept of “landback” is problematic too. What happens when you give land back to people who are dispossessed? It can create complications with taxes and law enforcement. Often the repatriated land comes with restrictions about how it can be used.

Tiokasin again points to the power dynamics inherent in the grammar and syntax of the dominant language. It’s seen as more profitable to put humans and the center of everything. How could average Americans possibly understand the concept of “landback”? He says the term “landback” doesn’t make any sense. They will give the land back and make the recipients clean up the mess.

Kapi`olani talks about the meaning of the term “Aloha ʻĀina”, which describes sharing the breath of life between ourselves and the life of the land. Kapi`olani says “I can’t take off my Hawaiian hat,” meaning these cultural values are deep in her bones and the way she lives. She cares most about people who care about the land.

Tiokasin says that Earth gives us everything for free, and yet we charge each other for everything and call that “freedom”. It’s a culture based on meritocracy. In his learnings, when you give, you don’t expect something in return. Earth doesn’t understand the concept of giving land back. His native language doesn’t have a word for exclusion, it’s all about inclusion. Tiokasin says we should give land back to the Earth. The Earth was here first and last.

Fiona Otway is a documentary filmmaker based in the Hudson Valley. 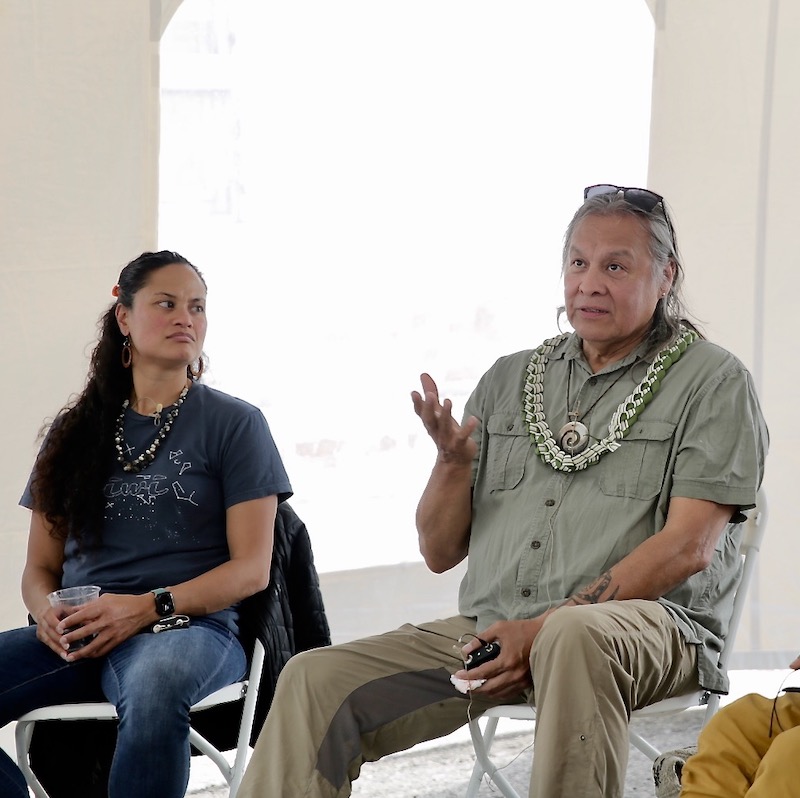