The Sacred Cows of Capitalism

I am starting to see that racism and capitalism are bedfellows. I encountered the clearest vision of this in Ibram X. Kendi’s book How to Be an Anti-Racist, where he calls capitalism and racism “conjoined twins”. He says we should rename capitalism, as we know it here in the United States, “racial capitalism”, and look hard at our assumptions.

The fact is that wealth and power have accrued disproportionately to White individuals, businesses, neighborhoods, communities, institutions, and, even, nations. This is due to global capitalism’s mechanisms of accruing wealth and power that developed in tandem with racism, extraction, and inequity. The United States, with its history of slavery and racism, is certainly reckoning with that reality right now, but this perspective applies in other places too, where it might overlap with caste and class, alongside race.

As a white woman, who grew up in Europe and the US, this insight helps me refine where I put my own energies in building living economies and healthy communities; I need to be an active ally driving racial justice. If my goal is to be a part of redesigning the economy so that democratic principles drive every aspect of it and the benefits accrue to all people — from the distribution of wealth and resources, to governance, to business ownership, to implementing shared leadership — then I also have to take on this reality of the “conjoined twins”. To me that means the systemic change we need is a radical redress as well as a redesign. It has me questioning capitalism. Tweaks to the system are not enough.

This is uncomfortable terrain in the US where there are deep assumptions about the benefits of capitalism. For example, many people hold that capitalism is the best system to bring developing nations out of poverty, despite its inherent flaws. Or they point to the ability of individuals to transcend their circumstances and pull themselves up by their “bootstraps”, because capitalism gives them that opportunity. Or they point to the power of private investment to turbo-charge new ventures, creating jobs and innovation, and the potential of impact investing. Then there is the insidious assumption that we are entering a post-racial world, that free market capitalism is actually color-blind, so to talk about racism is to give it more power than it actually has.

Yet, in order to succeed and thrive at scale (to use a favorite capitalist term) as a species, I believe we need to examine and potentially overturn many of the assumptions that capitalism rests on. In their current forms, US capitalism and globalized markets might not be capable of accompanying us in the deep changes ahead because they were forged with inequity built in. To ensure the survival and regeneration of our ecosystems and to build an economy that provides justice and opportunity for all people, we need to pull apart the twin myths that capitalism is the de facto choice for us and that racism isn’t a key part of our current systems.

Kendi writes that in the 1920s W.E.B. Du Bois was “binge-reading Karl Marx” while seeing the New Deal leave Black people out. This led Du Bois to the insight that had him call for anti-racist anti-capitalism. Kendi goes on to make the case that “the source of racist ideas was not ignorance and hate, but self-interest,” and so, the solution is not to work on changing people’s feelings about race, but rather changing policy to legislate equity and make anti-racism align with people’s self-interest.

At a recent training I participated in on “Building Racial Equity”, we talked about the need to focus on institutional change, and track the effects of that systemic-level change, to make progress. Again, I was confronted with the idea that policy change often comes before changes in societal norms, when it comes to social justice. We can’t start by changing ideas (“hearts and minds”), we start with policy.

Policy is able to be changed when there is enough pressure, when people exert their power. Of course, pressure can come from external shocks, like a war or a pandemic, but I’m interested in the slower process of ideas spreading and taking root, often becoming visible suddenly during a time of crisis. Ideas that move person to person, in community meetings, and over time ideas that once seemed radical can suddenly seem practical. Universal Basic Income is an example of a policy idea that was on the margins until this crisis hit. It doesn’t seem so crazy anymore.

I hate to give props to the father of extreme free market economic thought, but I do think there is wisdom in the words of Milton Friedman when he said that economists had a role to play:

Only a crisis – actual or perceived – produces real change. When that crisis occurs, the actions that are taken depend on the ideas that are lying around. That, I believe, is our basic function: to develop alternatives to existing policies, to keep them alive and available until the politically impossible becomes the politically inevitable.

I think we are here now, at the cusp of potential system-wide change. The economy is being battered from so many directions, with COVID-19 being the visible cause of the most recent crises; people are rising up in ever greater numbers to protest racial injustice and economic vulnerability; our healthcare system is fracturing under the strain of a jobs-based insurance system crashing into a pandemic that is causing a tidal wave of job losses; we are being tested, and the resilience of our country and of our local communities is being revealed as brittle and inadequate. All of which brings to my mind, that “the ideas that are lying around” are more important than ever.

The power to voice and manifest those ideas is in our hands.

Kendi states, “Seizing power is much harder than protesting power and demonstrating its excesses.” This sentence jumped out at me. In a world where we perceive that power is concentrated in few hands, and that the politico-industrial-military complex is so entrenched, it is easy to feel overwhelmed, and ongoing protests can start to feel ineffectual. I can fall into a case of déjà vu and exhaustion. But then I watch the Confederate statues and flags being taken down; I weep with relief, shock, and joy that Kamala Harris, a Black woman, a South-Asian American, is now on the ticket as Vice President; I join the efforts in my community to provide mutual aid and shore up our election system; I listen to new language flowing more fluently out of my mouth, amongst my peers, in the media, words that embody what we want to manifest in more places: “equity”, “BIPOC”, “shared leadership”, “democratic governance”, “local currency”, “neighborhood pods”, “empowerment”. Something is shifting.

To me, the term “seizing power” means figuring out what to seize, when to seize it, who is best positioned to seize it, and what to do with it once you’ve got it. If power is defined as the ability to act, then seizing power means you go from a protest stance to moving into action to address the issues you care about. It is relatively easy to define “power” this way and identify it when we see it: we can look for who is in the room making the decisions that affect massive numbers of people. That is generally how history has been written.

But “power” also can be defined as the inner fire that allows us to operate in a complex world with a compass set to justice and beauty, and the ripple effects this has on our work and on those we come into contact with in our lives. This definition of power is more aligned with influence, wisdom, and inner resources. In the framework developed by Leticia Nieto and Margot Boyer to better understand power and privilege, they define power very differently than is typical, and they put it in relationship with new ways to think about status, rank, and racism. They state:

Power relates to our connection to that which is greater than ourselves, to the numinous or the divine. It signals our connection to ancestors and descendents, to nature and to the whole of creation. Any person can have access to power; it’s not a function of social role or worldly success. We connect with power through our spiritual practices and our creative lives, through our mentors and loved ones, and through anything that allows us to move from a genuine center. (Full article link)

Nieto and Boyer point to power as the end goal in a personal journey, as an individual starts to understand how their own privilege, status, and rank in society function to either uphold or dismantle oppression. I am seeing that this journey towards a different experience of power is an essential part of the change we need.

As we work to transform our economic systems, policies, and institutions, by seizing and using a more outward definition of power, I believe we must be simultaneously engaged in that personal transformation that leads to inner power and awareness. This will allow us all to question the assumptions we hold that do not serve us, and see more clearly how racial injustice has been embedded in our current capitalist system.

It is time to seize our power, so we can build systems collaboratively and develop organizations, businesses, and relationships that are truly just as well as innovative, that are wise as well as nimble. And if that means we have to jettison the sacred cows of capitalism, so be it. The growth, energy, and innovation that are seen as hallmarks of capitalism come at a tremendous and unbearable cost to a vast majority of people, especially people of color, to our planet, especially in non-Western countries, and to our own sense of meaning, connection, and rightness as human beings.

We need to act, create real structures and projects, measure their impact, and iterate. And all the while, that subterranean work of influence continues to make possible a shift in values and priorities. Through the power of relationships and ideas, through honing the skills we need to better communicate with each other, we start to center empathy and wisdom, instead of individualism and personal achievement. An ecological way of being.

What would we call a new economic system based on collaboration, stewardship, equity, and joy?

Hélène Lesterlin’s work focuses on building a movement that leads to a regenerative economy and healthy social ecosystems. She currently serves as Worker Trustee at the Good Work Institute; board member and mentor at Start.coop, a startup accelerator for scalable cooperatives; and co-founder of CO, a co-working co-op and community center. She spent the first part of her adult life as a choreographer and puppeteer! She lives in West Saugerties, NY. 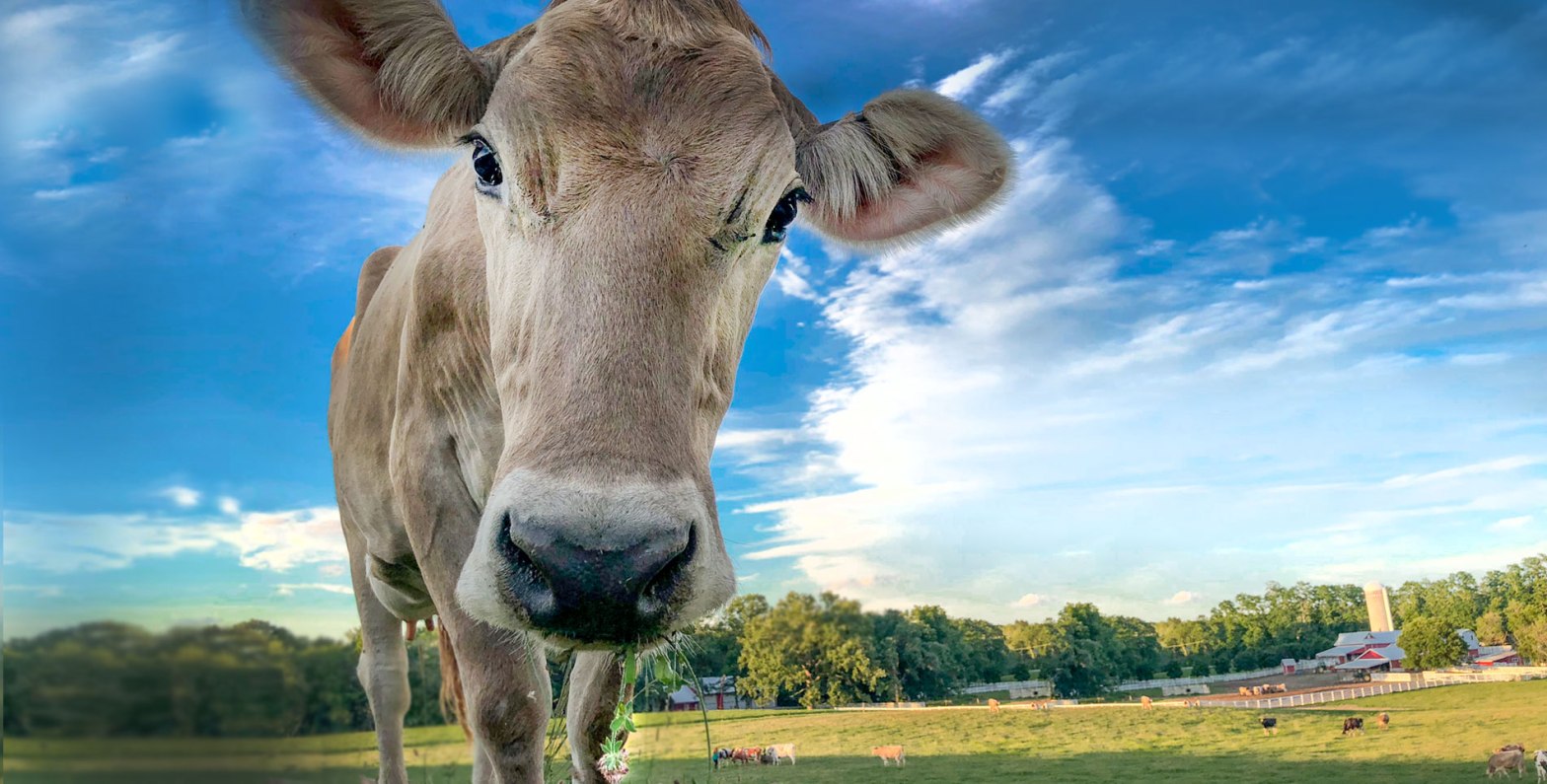