Two years ago, I had the pleasure of going to Detroit for the Allied Media Conference. I had never been to Detroit, never been to AMC, had never even heard about it before, but the schedule of sessions and overall mission looked dope. But I found more than that. What I found was everything. Let me back up a bit and get personal.

I grew up in Mt. Vernon NY. Born in 1975. I’ll set the stage for you – Mt. Vernon is only 4 square miles but densely populated, at one point it was the 8th most populous city in the country. I grew up on the south side; my mom still lives in that house. Nearly all black, but my sister and I were mixed. The only ones. I grew up in a house with my grandmother who lived on the floor above us, learning about the world from her, learning about history, and also going to her A.M.E. Zion church for Sunday school. But I also grew up with a Buddhist mother, who connected us to a broader sense of being African American. African ancestry was celebrated in art and dance as we were exposed to various experiences. Even the art that my mother adorned the walls with told us black was beautiful.

I also grew up in the world of Hip Hop, my first love. And there I heard and learned from the voices of Chuck D, Rakim, KRS-One, De la Soul, Queen Latifah, and many others. My house was filled with the sounds of early R&B – Sly & The Family Stone, Otis Redding, Roberta Flack, Bill Withers, and so many others. Including Michael Jackson, Prince, U2, and The Police, as well. My own exploration brought me to groups like Living Color, but also Fugazi, Anthrax, Suicidal Tendencies to name a few. My music, hair, style, even skin color, was not like those around me and as I grew older that became even more true.

It simply wasn’t ok to be black and weird. Being black had a rigid definition – it was a way of walking, talking, dressing, music choice, and a list of what you must like and a list of what wasn’t for us. Hell, even skateboarding wasn’t done by black kids then. That didn’t change ‘til people like Pharell and Lil Wayne made it ok. Going to a show and being in the middle of a mosh pit meant being surrounded by white kids, and when you found another brother you connected on some deep unspoken level. Such a narrow definition of blackness that was given to us then.

Back to the Allied Media Conference. First step in I saw blackness in so many beautiful shapes and forms. People who were breaking apart that definition of blackness. Celebrating what felt like a rootedness in African ancestry, but also in Hip Hop. Rooted in our streets, but also our past, our homes, our birthright and also the future. Something unapologetic, beautiful, full of life and most importantly choice. The allowance of black and weird which is really just saying that you can be whatever you wish to be while being black. This included gender – one could be black and identify as whatever gender they choose, and not be limited to an option of 2. But AMC was more than this. Again it was everything, so it was full of people of all colors, being themselves, and demanding a world that accepted that. Free people, thinking creatively and independently, way beyond the confines of a scarcity mentality that requires we stay in our lane and become the cogs that the machine needs and will grind to dust. Our extractive system fears nothing more than free thinking individuals who regained their imaginations and AMC is where they gather.

The schedule was overflowing with workshops that breathed life into a regenerative space, created by the people who attend. It was from this emerging and imaginative group of people that new workshop ideas came to life, led mostly by black, indigenous, people of color. Mostly women, but a full spectrum of gender lead us into creative, spiritual, bold, activist spaces. The only problem is that I couldn’t go to every session. And each session left you with a list of new resources – websites, books, music, organizations. But also a sense of possibility as I realized there are more of us than I thought, doing more than I could imagine, in ways that bring joy, confront pain, shift power, and dismantle this extractive system.

This year, the Allied Media Conference was virtual for all of the obvious reasons. And yes, it was different from being there, but it was also powerful and everything that I had come to know AMC to be 2 years ago. It is what Just Transition looks like in action. People from across the country teaching and sharing from their work on the ground in their communities. Seeing what language justice looks like. Seeing what the abolitionist movement is achieving in Detroit, Atlanta, and Missouri. The creation of spaces for people to explore themselves. Spaces for anti-oppression, community wellness, and the liberation of our imaginations.

It is all too easy to not see the possibility. To believe that this is all it can be. That the current problems are too big and too many. How do we wrestle back our ability to see something different, something more than what we have now, a future not bound by the present and the past? We gather with others that are also seeking the answers, those who are tirelessly working on making Just Transition a reality. It’s why we seek each other out and learn from each other, and why the Allied Media Conference is so important – it feels like the future. A glimpse into what can be.

Image credit: Painting of Micah by Will Yackulic 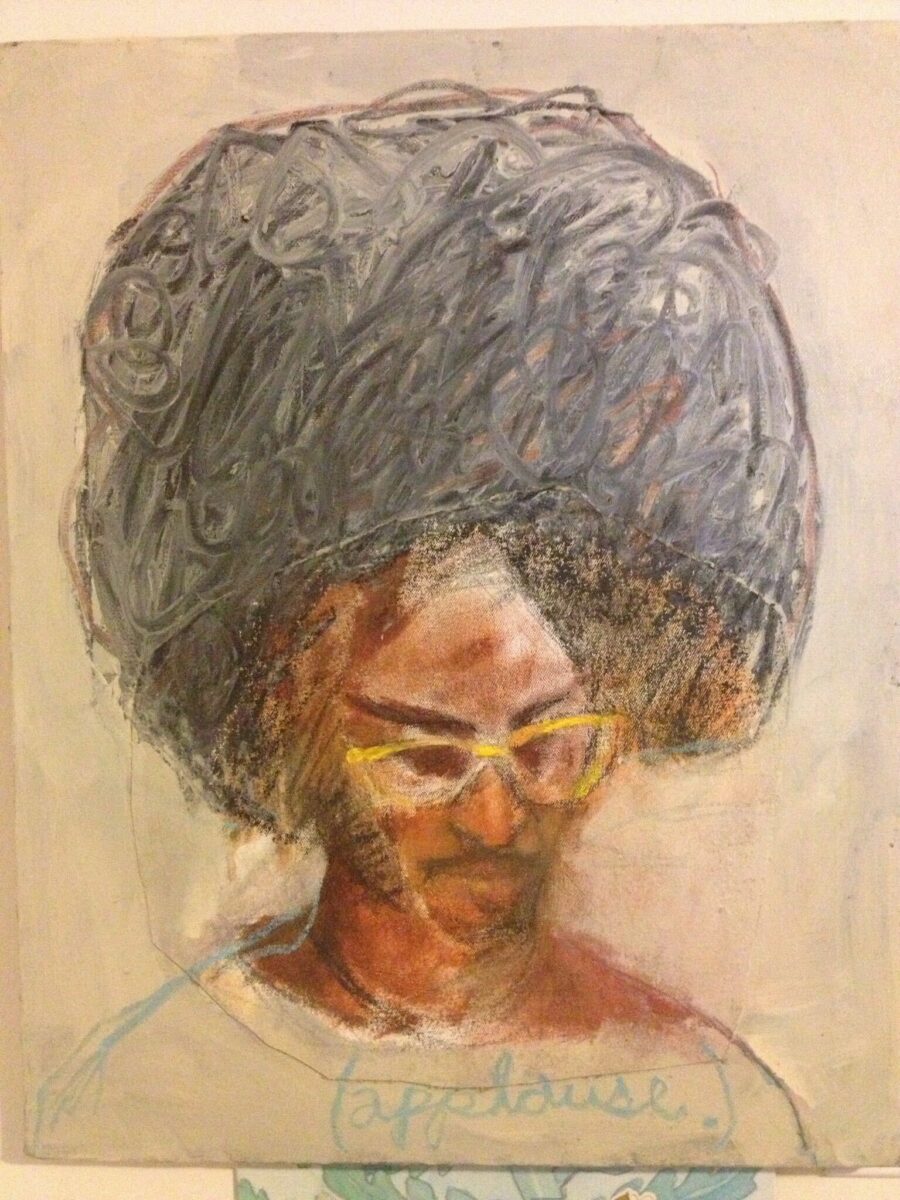