With the pandemic, we have all been in a period of some degree of isolation and reflection. Perhaps we have learned some things about ourselves. In my own case, especially till mid-summer this year, I’ve been staying very close to home. As it happens, I have three broad areas of personal discipline – namely spiritual study and practice, music practice, and my intellectual inquiry and writing work – any one of which could be a full-time occupation. I wish I could say that my reclusiveness of late is purely a matter of devotion to that ongoing personal work, but inevitably it’s a mixture of that and basic cowardice. At 66, I’m in a heightened risk group. I have shied away from things I would have most likely done otherwise, like taking part in the Black Lives Matter demonstrations. I’ve pulled back on all my community engagement, except my work with the Hudson Valley Current.

My main project in this pandemic/quarantine period has been work on a book on economic justice. I actually want to capitalize that! Economic Justice. Isn’t that the elephant in the living room?

Even though I’ve been reading, thinking, and writing about economics since the 1990s, this work on economic justice has taken me back to the very roots of my own thinking, and to that of thinkers on justice generally, both historical and more recent.  My work on the book started out about two years ago when I had some insights into possible structural changes in the relationships between capital, labor, money, and credit that could create more economic justice. In short, it was a nerdy economics book, one possibly destined for the – to put it politely – “limited audience” that my first book, Civil Endowment: The Transformation of Economic Power, attracted.

If anything, the economic ramifications of the pandemic, coupled with the simultaneous social upheaval and awakening around racial injustice, make economic justice an ever more visible part of the public conversation today. I hope to rise to the occasion with my book by venturing into topics like universal basic income, reparations for descendants of slavery, and the prospects for localism and small businesses. Suffice to say that I hope to deepen the conversation.

Though I mostly live in a somewhat rarefied world of intellectual study and creativity, I am honored to be part of what I think is a very important on-the-ground project in our region: the Hudson Valley Current. We are part of the worldwide movement around local currencies. Along with our flagship currency, we have our own publication called Livelihood, and a campaign called Satisfy Hunger, which is a whole integrated food-related facet of the organization. I’m proud of the significant contributions we’ve made so far during the pandemic, and this month we’ll open our new headquarters and community kitchen at 630 Broadway in Midtown Kingston.

If you don’t know about the Current, I hope you will learn about it, and if you do know about it but don’t use it, I hope you will. Using the Current for local exchange certainly has definite benefits for individuals and businesses, but it also has just as tangible benefits for our local community. It does require a bit of learning and changes in habitual patterns to unlock those benefits. Just putting in the effort to use the Current could be a simple way of practicing leadership at this point in history. We designed the Current for times like these.

So, what are my hopes and aspirations at this juncture? Maybe I can phrase some of those as questions. As one of my favorite Tibetan lamas, Ponlop Rinpoche, puts it, “Wisdom is not an answer; wisdom is a question.”

Will we start to take positive structural change seriously, rather than just hoping to get back to normal?

Will we reach a new quality of sincerity and decisiveness in our discussion and implementation of, for example, the five principles of Just Transition.

And another elephant: will at least some of us overcome the “bourgeois mentality?” What do I mean by the bourgeois mentality? I mean the mentality of focusing on oneself rather than the community, on keeping or obtaining the privilege we are used to (or think is our due) without much concern for others or the broader implications for society. It is a materialistic and conventional mentality. There is so much that we as Americans take for granted. And by the way, when I talk about the bourgeois mentality, it doesn’t mean I don’t have it myself. I do, but I work to see it in myself and move away from it, and even more importantly, to make a contribution that helps change things for all of us going forward.

More questions: What is our attention span for new ideas and new initiatives? What is our openness to the uncomfortable dynamics and conversations around social upheaval?

Oh, and are we just going to forget about the climate crisis because there are a couple of other very real crises going on at the same time?

And finally, what does leadership mean in this particular time?

As for my own aspirations, I hope to live up to the challenges in the questions above. In particular, I hope to be a little less cowardly about “getting out there” with my work and whatever contribution I might still be able to make. Last but not least, I hope to see many of you, my dear friends in the activist community, live and in person, and sooner than later!

David McCarthy has been involved in activism in areas such as sustainability, local economy, and the Transition Town movement since the late 1990s. He is co-founder and Board President of The Hudson Valley Current. A long time student and independent scholar in the field of economics, he is author of Civil Endowment — The Transformation of Economic Power, and founder/organizer of the Hudson Valley New Economy Meetup. He has lived in Uptown Kingston since 1999. 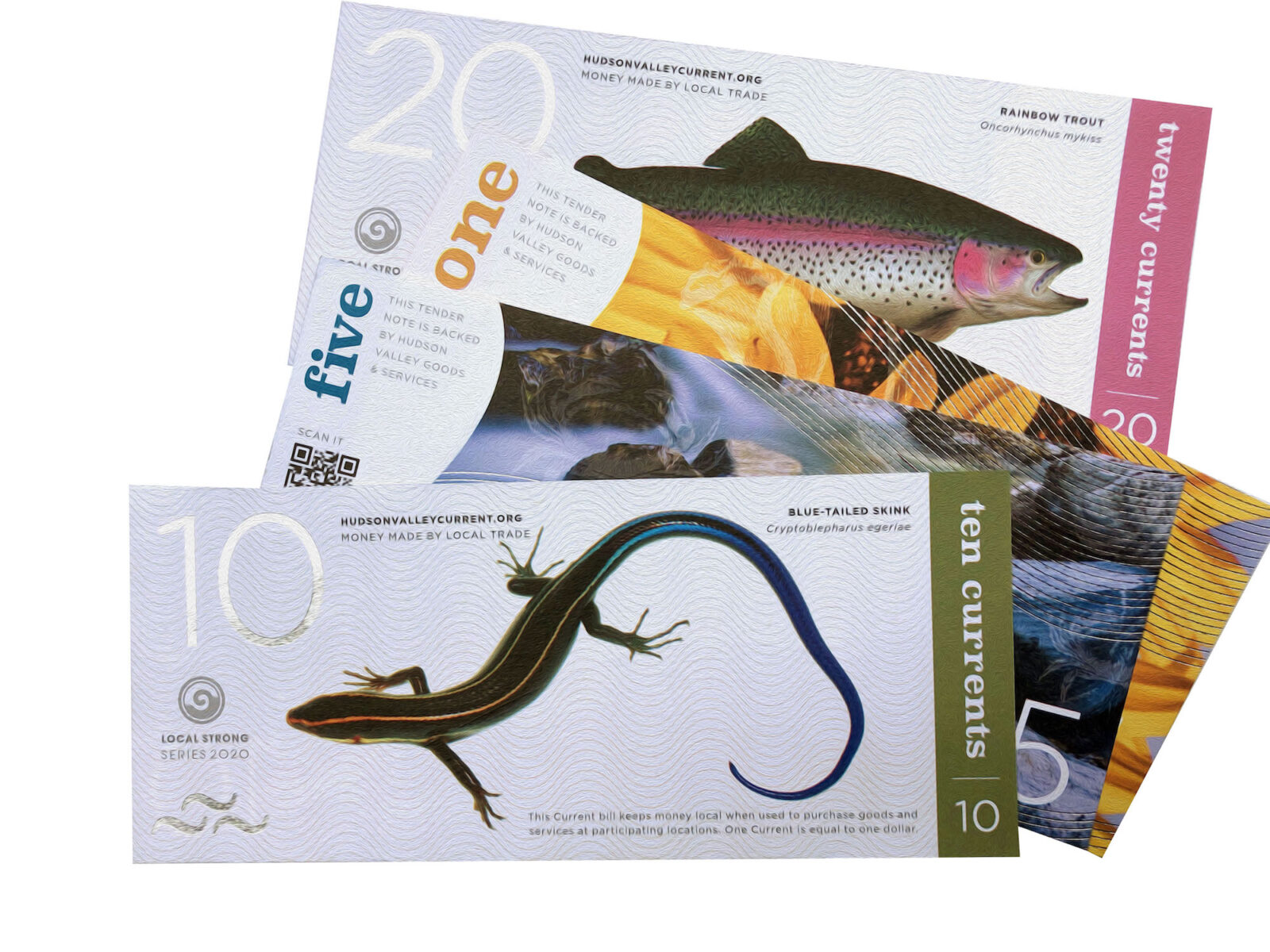