In Search of a Decision-Making Ideal

“How did the meeting go?” one person asks another. “Great, we reached consensus!” is the reply. With a sense of mutual satisfaction about this ideal outcome, the conversation moves on. But what does it mean to reach consensus? Is it truly the ideal way to make a decision?

At our second transition meeting, we grappled with the question of how we will make decisions as a Worker Self-Directed Nonprofit (WSDNP). Which begged the question, how are decisions made in “regular” nonprofits? Turns out there is no straightforward answer, in part because most of us don’t tend to think very much or very often about the “how” of decision-making. It’s implicitly understood and accepted in many contexts, without considering that the way decisions are made reveals a lot about who exercises power and voice, and who does not. In building our new model of collective self-governance, we realized that decision-making would need to be a cornerstone of our foundation.

Given the positive connotations of consensus in casual conversation, the word was initially sprinkled into our discussions on the decision-making process we might choose. However, some team members shared experiences that consensus can cause decision-making to“take forever” or subject the group to the “tyranny of the minority.” Looking back to the Sustainable Economies Law Center model, we noticed that the word used was “consent” not “consensus.” You might wonder, as we did, what the difference is. An online article attributed to Twin Oaks Community, an intentional community in rural central Virginia established more than 50 years ago, helped draw out the distinction:

The same article cites this example of consensus decision-making struggles:

Initially the group used consensus to make their decisions. This proved inefficient and exhausting and led to serious rifts. Introducing sociocracy was a relief. The group became more efficient and subsequently has been able to make many difficult decisions in harmony with one another.

A side note about sociocracy: It is an organizational form that strives for optimal equivalence among people by decision-making and includes governance by consent as one of its four main principles. It was formalized in the 1970s in the Netherlands by Gerard Endenburg in the process of turning around a small, failing business. The Twin Oaks Community paraphrased the following from Endenburg’s book Sociocracy: The organization of decision-making:

More than guaranteeing the familiar tolerant attitude to minorities and individuals who deviate from the norm, we must systematically guarantee optimum tolerance for each individual and group when establishing rules for decision-making.

Endenburg was a student of Kees Boeke, a Dutch educator and pacifist, who had originally envisioned sociocracy in 1945 as a way to adapt Quaker egalitarian principles – including a tradition of consensus – to secular organizations.

Even though the WSDNP we are building is not applying all of the principles of sociocracy, we did decide (by consent) to practice governance by consent. We also recognize that consent isn’t always the best model to use, depending on what the decision is. To reflect this learning, we made another decision (by consent), that consent would be our default decision-making model but that we could decide (by consent) if/when we would choose a model other than consent. Whew!

Perhaps you are curious about what this looks like in practice. We’ve been following a process using the steps laid out by thedecider.app, with adaptations to our specific context. For us, what constitutes a “substantial objection” is lack of mission alignment or inadequate resources to allocate. We know we’ll need to tap into trust and shared knowledge, speak up, make time for each voice to be heard, listen, reconsider, and at times, let go of our proposals in the knowledge that we jointly hold our mission so a bad decision is bad for all. Our aim is to practice enthusiastic consent, where enthusiasm is less of a feeling and more of a commitment that once a decision is made, we’ll lend our support to it in word and deed.

This, to us, so far, is the ideal way to make a decision. 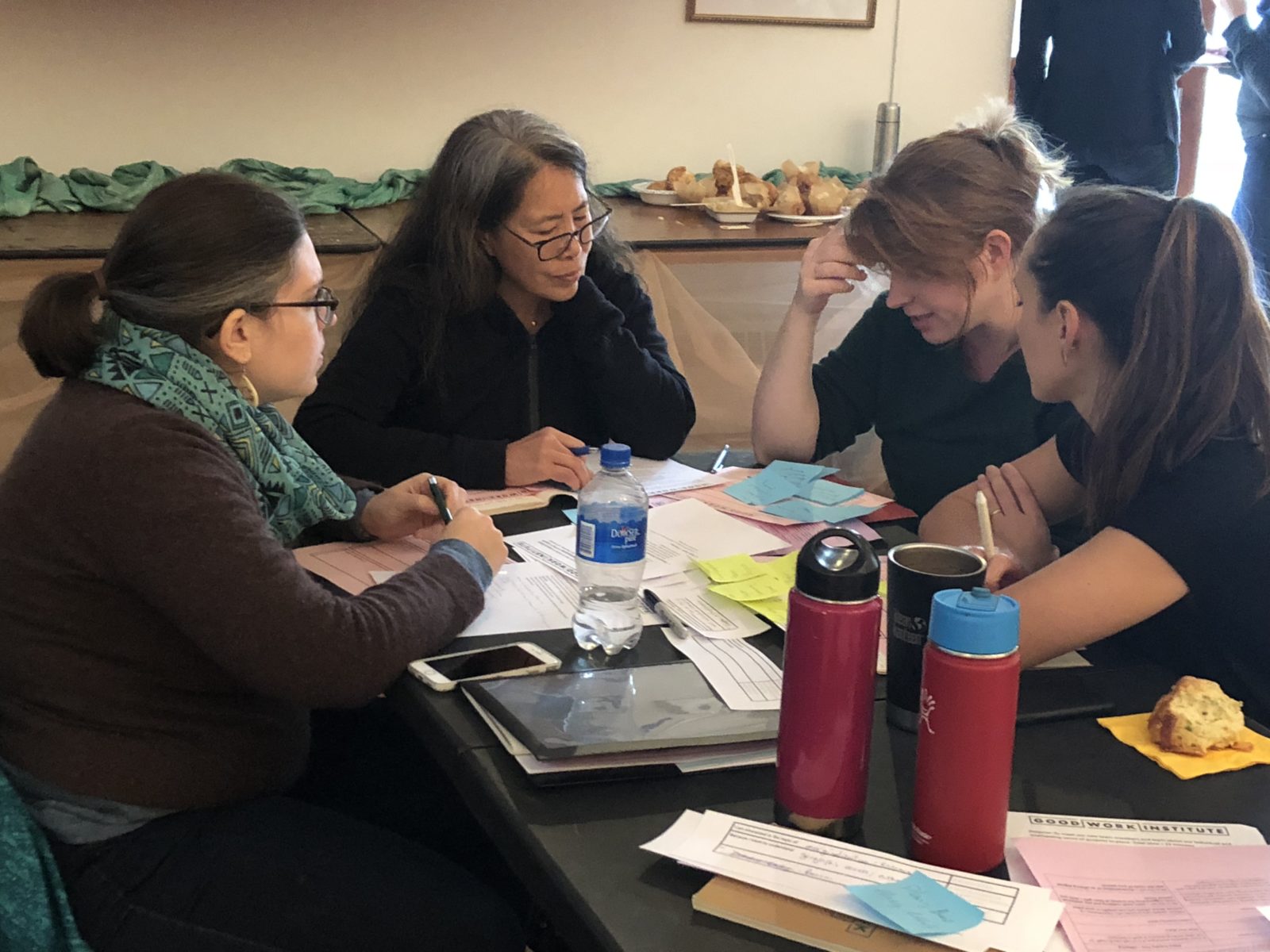