Transition + Expansion: Welcoming a New Worker into the Fold

by Caitlin Dourmashkin, with Susan Grove

On May 1st of this year, GWI began the long and involved transition to becoming a Worker Self-Directed Nonprofit. On May 2nd, we posted the listing for a Development Director position. From the very start, we have designed this system knowing that someone new would be joining our team and integrating themselves into our new way of distributing leadership. We always knew it would be challenging, but for a long time it was all theoretical. We went about creating our circle policy, establishing the new board roles, and defining how we share decision making between five people who have been working together for a year or more.

At the same time, we were also trying to design a recruitment and interview process based on a new set of values that we were only starting to explore. We knew we wanted to involve all Workers, and that we wanted to use our new General Circle and the consent decision making process. We planned a series of interviews that shuffled candidates between formal panel interview and social coffees with all Workers, we asked for written responses to collaboratively developed questions, and we hosted video calls with all five Workers speaking to one potential new hire. It was intense, but all of the candidates we identified were incredibly gracious and open to our approach, and at the end we chose to extend an offer to the dynamic, energetic, and incredibly smart Hélène Lesterlin. We look forward to introducing Hélène to everyone in a new post tomorrow, and Hélènewill also share her take on this process in her very first notes from the field later this week.

Once we extended the offer, we realized that we needed a new plan for how to bring Hélène into our team in a way that eased the transition from a culture of hierarchy to our new way of working. This would require providing her ample time to situate herself within the history of GWI and within the new operating framework that she would be an integral part of. Many of us at GWI share a lived experience of past positions where we were given minimal training and the expectation that we hit the ground running on day one. We didn’t want our new team mate to feel like they were behind before they even started, or to be questioned on their decisions because they were missing key pieces of information. So, as we do in a Worker Self-Directed Nonprofit, we created a policy outlining how new team members will be integrated into our way of working.

The new position was always intended to become a Worker Trustee, akin to a worker owner in a for-profit cooperative. This means that the new hire would eventually join the General Circle and participate in executive level decision making on behalf of the entire organization. We thought long and hard about how to help Hélène navigate a path from her first day to eventually becoming a part of the General Circle, and what we landed on is the newly adopted GWI Integration Policy:

After these steps,  the new Worker is integrated into the GWI team, and if they are a Worker Trustee, they are empowered to participate in General Circle decision making.

Phew, it is a lot, we know. And Hélène is gracious enough to serve as our guinea pig for this new way of onboarding. So far, it is going great. There is ample space for Hélène to ask questions and gain context for our strategy, without the expectation that she take on the full responsibility of her role on day one. Hélène will tell you more about her experience in her own words, but from the rest of us at GWI we feel like this gradual integration, combined with dedicated coordination and support from the rest of the team reflects our commitment to the Just Transition. We all hold this work equally, and to share that power and responsibility, we also need to hold each other. 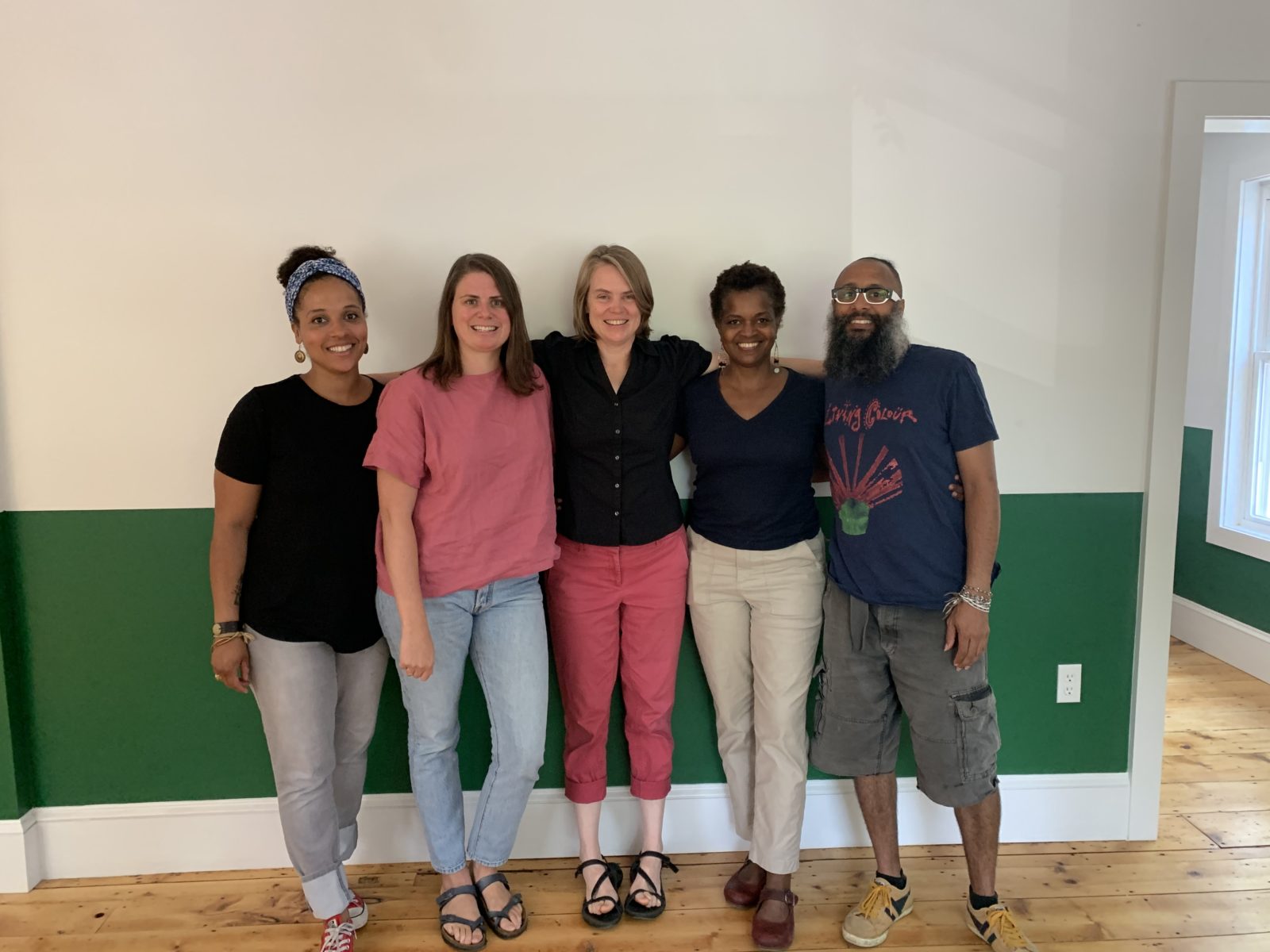