“Out of every $1 of SNAP that gets distributed, 53 cents are spent at Amazon, Walmart, and Kroger.” The audience literally gasped as Fennie Wang, Founder and CEO of Humanity Cash who is piloting a digital version of the western MA currency BerkShares, revealed one of many striking statistics at a session on local currency and universal Basic Income (UBI) at GWI’s Rooted Resources Festival. Joined by Keiko Sono of Forge Collective, Melissa Orozco of Hudson Valley Current & Tilda’s, and Hélène Lesterlin of GWI and CO, the panel demonstrated not just a need, but an urgency for local currency and UBI as a means for local economic prosperity and resilience.

What needs are we solving for?

The statistic Fennie shared says a lot: whether we’re getting it from our employers, our friends and family, or from the government, money is flowing out of communities at very high volumes, and into corporations. And that means less money for our local shops, less opportunity to hire and source locally, and subsequently less community resilience to withstand global economic volatility.

What are UBI and Local Currency?

University Basic Income is a set amount of money that goes to all community residents—no questions asked—regardless of their current income. It is a sort of safety net, so, no matter what happens, we will all receive some money every month. Does that kind of safety net exist for us today? Following Fennie’s statistic, I proceeded to look up eligibility requirements for SNAP: a family of 4 is eligible for SNAP benefits if their monthly gross income is $2,871 (source: NY.gov). Based on average rental prices in Kingston (source: Apartment Home Living), rent alone would take up nearly 75-100% of that income, leaving no wiggle room for healthcare and unexpected emergencies—and certainly no room for expenses that bring JOY, CREATIVITY, or GROWTH!

All this is to say, the safety net that does exist is not big enough or hefty enough to support those who need it within this current economic climate, and it doesn’t appear to be achieving its objectives. According to panelist Keiko Sono, UBI advocate from the Forge Collective, studies suggest that systems like SNAP and welfare can actually disincentivize gaining employment and earning higher wages: the low-income requirements and high barriers to entry makes those who enter into the welfare system try to stay in the system. Interestingly and perhaps counterintuitively, she cited that UBI actually improves employment. When we no longer have to worry about meeting our basic daily needs, and when we are trusted to spend the resources we’ve been given wisely, we have the opportunity to shift from a scarcity mindset to that of abundance; from holding on to what’s mine to how can I give back?

Local currency models have been piloted and iterated in many ways around the world. Hélène kicked off the session defining two broad structures for local currency: one is consumer-facing, the other is business-facing.

The consumer facing model essentially allows people to exchange their fiat currency with a local currency that can only be spent within the community. This encourages the flow of money to stay inside of a community instead of going to major corporations like Amazon. Another benefit to having more money STAY in the community is that the circulation of local currency has a faster pace than that of fiat currency. Money is like energy, the flow of it is incredibly important to ensure economic stability. By passing money through a community, people are getting to use it for what they need and then passing it on to others to get what they need. When money is hoarded by those who have it, the economy grows stagnant, even depleted, because people and businesses are not given the means to meet their needs and subsequently to thrive. Examples of consumer-facing local currencies include Chiemgauer in Germany, as well as BerkShares.

The business-facing model is a bit more complex: currency is not so much an asset that you hold, buy, or sell, but rather a ledger that records transactions of goods and services between businesses. This can allow a closed loop supply chain network of suppliers, producers, distributors, and shops to conduct business with one another fairly and without using liquid assets. This kind of system supports community endurance and resiliency by untethering itself from the global economy—so when a financial market halfway around the world crashes, we don’t fall with it. Hélène mentioned Sardex, started in Sardinia, as a successful example that is growing in Italy today.

Where are we with it today?

Research and pilots for UBI and local currencies have proliferated widely, some in our own backyard. Hudson Valley Current has been circulating since 2014, and Melissa Orozco shared that there are talks of partnering on a local currency UBI pilot in the region. She invited us to stop by Tilda’s Kitchen on Broadway in Kingston, their community kitchen where you can acces food and learn more about the Hudson Valley Current. BerkShares, based in western MA, where Fennie helped launch a currency app, has been evolving quickly to partner with community-based banks and to go digital—making access to buying and spending BerkShares more accessible.

While wider adoption of local currencies and UBI may be on the horizon, the scale of adoption feels like an uphill battle. Our systems are built for economies of scale: the Amazons and Walmarts of the world are intrinsically leaps and bounds more advantaged than the local grocery store because of the sheer volume of goods they can buy—and subsequently sell—at significantly lower costs. So if $1 of US currency is equivalent to $1 of Hudson Valley Current, I can still buy MORE with that $1 US on Amazon than I can with than 1 Current at the shop down the street. More work must be done to ensure businesses and people can get their needs met in a system that cannot and should not compete with global scale.

It wasn’t until Amanda Cassiday (she/her) lived in a rural village in Burkina Faso that she experienced the resilient power of community, and learned that positive, abundant outcomes are not possible without cultivating the conditions that allow individuals, teams, and communities to thrive. For 15 years, this approach has been a driving force in Amanda’s personal and professional life, from facilitating a woman-led microfinance group in Takaledougou that continues to operate today—12 years later—to leading design teams responsible for some of the most successful consumer launches in Johnson & Johnson’s history, bringing purpose and consumer needs to the heart of strategy & innovation. She is a maker, a student of herbalism and permaculture, and a mentor and investor to entrepreneurs. As she continues to take root in Kingston, NY, she is directing her energy locally to support land, community, and small business. 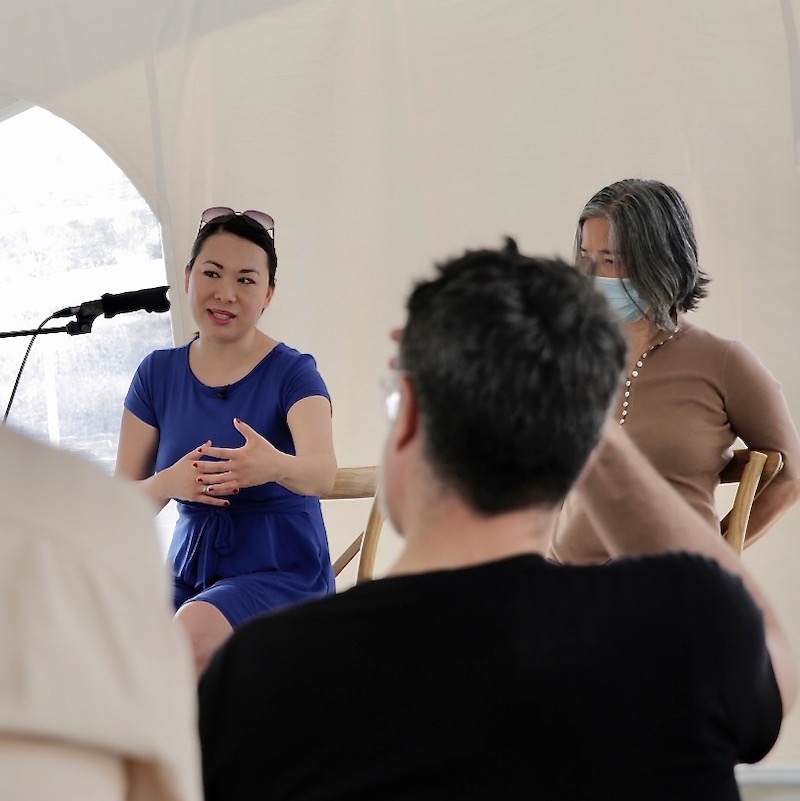